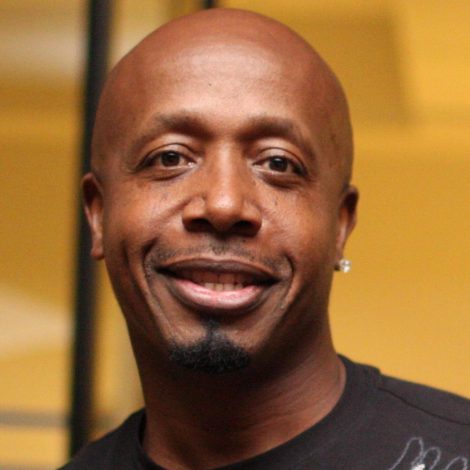 Stanley Kirk Burrell (born March 30, 1962), better known by his stage name MC Hammer (or simply Hammer), is an American hip hop recording artist, dancer, record producer and entrepreneur. He had his greatest commercial success and popularity from the late 1980s, until the early 1990s. Remembered for his rapid rise to fame, Hammer is known for hit records (such as “U Can’t Touch This” and “2 Legit 2 Quit”), flashy dance movements, choreography and eponymous Hammer pants.

A multi-award winner, M.C. Hammer is considered a “forefather/pioneer” and innovator of pop rap (incorporating elements of freestyle music), and is the first hip hop artist to achieve diamond status for an album. BET ranked Hammer as the #7 “Best Dancer Of All Time”. Vibe‘s “The Best Rapper Ever Tournament” declared him the 17th favorite of all-time during the first round.

Burrell became a preacher during the late 1990s with a Christian ministry program on TBN called M.C. Hammer and Friends. Additionally, he starred in a Saturday-morning cartoon called Hammerman in 1991 and was executive producer of his own reality show called Hammertime which aired on the A&E Network during the summer of 2009. Hammer was also a television show host and dance judge on Dance Fever in 2003, was co-creator of a dance website called DanceJam.com, and is a record label CEO while still performing concerts at music venues and assisting with other social media, ministry and outreach functions. Prior to becoming ordained, Hammer signed with Suge Knight’s Death Row Records by 1995.

Throughout his career, Hammer has managed his own recording business. As a result, he has created and produced his own acts including Oaktown’s 3.5.7, Special Generation, Analise, DRS, B Angie B, and Wee Wee. A part of additional record labels, he has associated, collaborated and recorded with VMF, Tupac Shakur, Teddy Riley, Felton Pilate, Tha Dogg Pound, The Whole 9, The Hines Brother (Andra Hines & Dunkin Hines), Deion Sanders, Big Daddy Kane, BeBe & CeCe Winans and Jon Gibson. In 1992, Doug E. Fresh was signed to M.C. Hammer’s Bust It Records label.