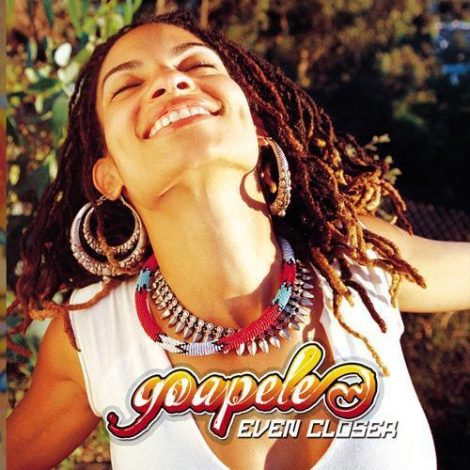 Goapele displays every side of her voice on the 2017 ​Dreamseeker EP [EMPIRE].  In one breath, she’s urging social change and boldly standing up for righteousness in the face of inequality. In the next, she’s guiding her child with a sensitive understanding, hard-earned wisdom, and unconditional love. In between, she’s as seductive and soulful as ever seamlessly slipping from activist, mother, and poet to temptress. This delicate sonic shape-shifting is a technique she introduced on her now classic 2001 debut Closer, but she hones it to perfection on ​Dreamseeker.

That diversity has defined the Oakland-born singer, songwriter, producer, actress, and designer since the start of her career in 2001. Her influence and impact can be felt throughout R&B, soul, and hip-hop. ​Even Closer yielded the iconic anthem “Closer.” To date, it’s impressively racked up over 6 million Spotify streams and been sampled by everyone from Drake to YG. In between touring the world, she has released four full-length albums and collaborated with a diverse array of heavy hitters such as Snoop Dogg, E-40, Eric Ben​é​t, Soulive, and Jeff Bhasker. A film and television mainstay, she’s landed high-profile syncs in ​Sparkle, ​Honey, ​90210, and many more. Along the way, The Washington Post​ fittingly described her as ​“soulful as always,​”​Huffington Post called her ​“a driving motivational force for many women,​” and Essence claimed, ​“her voice is the stuff of dreams.​”  In 2016, she made a conscious decision to return to her roots while composing the music that would comprise this latest offering. Recording in Los Angeles and Bay Area studios, she re-teamed with longtime friends and collaborators such as ​producer/keyboardist Mike Tiger, guitarist Errol Cooney, and Bedrock who all contributed​ to some of her earliest material. Now, the sensual first single “Secret” introduces ​Dreamseeker. Produced by BedRock and AE, a ringing phone, shimmering keys, and a jazz-y beat give way to Goapele’s sexy delivery, yielding an artful bedroom anthem.

As she continues to evolve as an artist, Goapele further devotes herself to activism, acting, and fashion. She’s partnered with Aids Healthcare Foundation in 2017, launched a lifestyle product line ​Dreamseeker, and starred in a short film entitled ​Where Is Beauty. In the midst of everything, motherhood remains the highest priority. As all Goapele’s music has done, Dreamseeker will undoubtedly inspire.
Source: Goapele.com